What is the message of the new Rammstein clip? – Deutschland clip analysis

This text is the lyrics of our video with the same title. You can also watch it on our YouTube channel with English subtitle.

„I saw a woman sitting on a scarlet beast that was full of blasphemous names, and it had seven heads and ten horns. The woman was arrayed in purple and scarlet, and adorned with gold and jewels and pearls, holding in her hand a golden cup full of abominations and the impurities of her sexual immorality. And on her forehead was written a name of mystery: »Babylon the great, mother of prostitutes and of earth’s abominations. «” (Revelation 17:3–5)

Latest Rammstein clip called Deutschland stirred things up before it had even appeared. According to the 35 second trailer of the clip some of the viewers rashly concluded that the band is trivializing Holocaust. It is possible that their goal was exactly to rise thoughts like this. They haven’t published a new album for 10 years so what could have made their comeback more striking than a dirty scandal? Let’s see in detail what kind of messages are actually hidden in this popular video.

At first sight it seems that the clip wants to show us the sentiment of disunity and maladjustment that determined the morale of Germans after World War II. Because of their guilty conscience generated by World War II, and by which they are possessed since childhood, Germans are not capable of identifying themselves with their German nature but they can’t refuse it completely either. This message can be unambiguously noticed in the lyrics where they sing: “Germany… I want to love and damn you!” Actually, there is nothing really new in these lines. From time to time this message returns in the earlier songs of the band.

Rammstein wants to say something more beyond this message and it seems that they believe that Garman history is filled with further episodes that are also the causes of this maladjustment mentioned earlier. Moreover, after the specific presentation of different historical events we feel that for the creators of this video German nature and German history is about nothing else than this tension, conflict, aggression and violence.

The first scene where a German witch cuts off the head of the singer Till Lindemann also refers to that the existing on the German land means that you can’t be yourself right from the beginning. The one who lives here has to sacrifice his own head that is to say his own individuality and freedom. Furthermore, the main character of the video takes this head everywhere with herself. She kisses it, bites into it, plays with it which means that the people who live here have no chance against her will.

Further scenes are also about this demented maladjustment and disunity. Teutonic knights are making war against each other; outlaws are fighting; weird medieval monks are heading to a cannibalistic stuffing amongst rats that are spreading plague; Zeppelin is blowing up; pathological members of the East-German secret police are smugly up to something; World War II. prisoners are being hanged and German soldiers are being shot in the head; members of a far-left terror organization called Bader-Meinhof are shooting at the police; there is revolution in a prison and on the streets; there are explosions and rockets are being shot into the air; people and books are being burnt. All we can see is aggression, strain, pain and suffering.

In our opinion this understanding of history is very superficial, one-sided and unrealistic. Aside from this we can say that the scenes mentioned above can be understood easily and the message is mostly clear: it is not easy to live in Germany and to identify yourself with the multiplicity of German nature.

Although it seems that the clip has a deeper meaning too that is harder to define so it needs a more thorough investigation. At the end of the video it is shown to us that the black woman plays Germany who can be found in every scene and it seems that she is the one who controls everything and generates all of the conflicts. According to the cast her name is Germany but according to her acts we would think that she doesn’t represent the country or the empire but she is rather a universal trouble-maker, ally of evil forces, creator of hell on earth which had overpowered Germany and is poisoning it from time immemorial.

Red laser light repeatedly appearing in the background is also referring to this dark occult power which pervades German history. Sometimes Germany appears as a leader, sometimes as a quiet sideman of the events. We can see her as a queen who unleashes a war, as a one-eyed Nazi commander, as an aggressive leader of the police state but maybe the most bizarre role of hers when she plays an angel-like demon figure. This creature is pregnant, furthermore, she gives birth to 6 Leonbergers. This scene could refer to several things, for example to the next generation of Germans who will became participants of new historical conflicts. Because of Germany is represented provocatively as a black woman we can easily conclude that this new chaos will be connected to immigration and multiculturalism in which Germany gets a new identity as it happened many times before.

A thorough examination makes this scene even more grotesque. It might be even worse than the malicious illustration of the monks. If we have a closer look we will see that the Gloria above the black woman’s head, the cross, the cows and the presence of a bishop-like figure could mean that this is nothing else than a parody of the birth of Jesus in Bethlehem. If we understand these symbols correctly what we see here is the birth of the Antichrist or some kind of evil entity who is given birth by the whore of Satan. In the previous scene where the members of the band are also represented as dogs, scrambling stygian animals we conclude that the members of Rammstein are identical with the children of this evil force.

This kind of message of the creators is not exactly evident. It is so because – besides that they like to scandalize – their actions are often wilfully ambiguous. Are they neo-Nazis or communists? Are they both or neither of them? For a lot of people it is not clear even though they declared: “my heart beats on the left”.

However, we do know that the most famous stars of pop industry play the role of the whore of Satan frequently. For instance, in one of her clips Taylor Swift plays the woman who is dressed in purple and scarlet in Book of Revelation. Katy Perry, also referring to Book of Revelation, visited Super Bowl on a giant beast a couple of years ago. Their actions are the same as that of Germany in this clip: wherever they show up they create chaos. The colour of Germany is not a coincide either. It has to represent something which becomes evident if we consider that the actress’s name who plays Germany is Ruby which also means red.

We also know that the director of the clip called Specter Berlin has plenty of works that are filled with occult and satanic symbols. In his clips and commercials symbols represent death, dissolution, corruption, sacrilege is very usual. Scorpion, snake, owl, reptiles, lunar and solar eclipse, blood, infernal fire, black smoke, witches, freaks, underworld creatures, 666, conversed cross, conversed pentagram and so on. On a code language fox also becomes a satanic symbol.

At first sight it is not easy to understand why somebody uses symbols like these in a video clip or a car commercial. But if we have a closer look we can see that these commercials don’t really serve anymore the goal of popularizing a product, it’s not even about the sensationalism of the director but rather about the transformation of the viewer’s ideology and world view. By using subliminal messages, they persuade the viewers to feel in a positive way about symbols that are traditionally associated with negative meanings. Summarily their goal is to make you accept the concept of destroying tradition and fighting against normality. Sometimes they do it declaredly, sometimes by persuading your unconscious mind by using symbols like these. It seems that Specter Berlin thinks it is his mission to spread this dark ideology and we can see that he didn’t forget about it in the present clip either. You can also find Specter’s ring on Germany’s finger implying to us which character he identifies himself with the most. 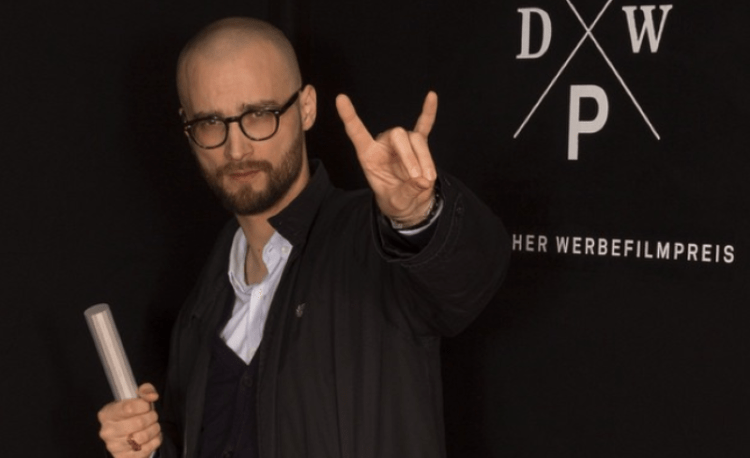 Scenes in space are set in the future, in an age when nothing has left from Germany except for some statues and monuments from earlier ages. Germany is lying in her coffin revolving around the Earth; it seems that she had been destroyed forever. This scene is very similar to what we see in the clip called Sonne. However, if we put the scenes in a chronological order we can see that later Germany is taken to a spaceship where she rises from the dead and continues her rampage till the end of time.

First and last, we think the concept that history is controlled by some kind of evil force from backstage is a theory that worth considering. On the contrary the other concept that history had been always influenced by the same demonic impact is superficial and misleading. It seems that even if we can puzzle out a few things we can’t say the clip has an unambiguous meaning; or if it has it’s only been known by the creators. However, other works of the director and scenes in the clip that illustrate apocalyptic visions could mean that this video was made by the same dark forces that are responsible for many other creations of today that leads society to corruption.

Mi a gond a szuperhősfilmekkel?